I was contacted by an VOIP Telco Distributor today to do business.

I know where they got my name; knew of the company; and told the salesperson thank you, but no thank you.

A few years ago the President of that same company acted in such an unprofessional manner that I would never have anything to do with any company he would own. Behavior, especially poor behavior becomes the basis for company reputation. 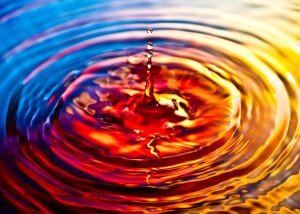 We’re not talking about a negotiations not concluding successfully (assuming both parties were acting in good faith). We’re not even talking about a contract that goes south due to no direct fault of either party.

We are talking about behavior that one (whomever that one is) feels is just down right disrespectful. Would you do business with someone who shows you no consideration, no respect, and no courtesy? I would tend to think not.

Having been on the receiving end of this behavior, why would I think any other aspect of his company would be any better. Why do I think he or his company would value my business? Why would I want to subject myself to another round of poor service; and poor is a polite term?

So they lost me as a potential customer. I’m a small business, and would be a small small client. Truthfully should a vendor really care if I sign on as a customer or not? I’m not going to make or break anyone’s company. Sure there is always the possibility that my company goes ballistic; but let’s be real.

One should never just chuck away business, but let’s be real; sometimes is just isn’t worth the time.

So if I was this vendor, my opinion under normal circumstances would be win some/lose some’. But the vendor is not just any regular vendor in any ordinary industry; they are in a market niche with very very strong competition. Every customer company A’ signs on denies the competition additional footholds in the market.

What makes loosing me as a customer (and especially my type of business, providing outsourced CxO services, where I or one of my CxO’s would probably be the decision maker) is the loss of collateral business leads. In fact, in the last quarter we turned on two different businesses to his competition.

So he lost me, the two additional clients and all that potential income. Then there’s the word of mouth from not only myself, but those clients that were just turned on (to his competitor). Other employees talk to other companies and you never know where the conversation leads’.

I must say the Salesperson was extremely professional (too bad his boss wasn’t) and understood the ripple effect. Do you?