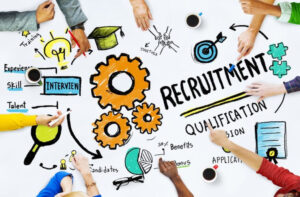 Some major areas of the business were in distress: growth, economics, operational and data. Areas where a person at the C-level not only can address, but has the experience to improve.

As one would surmise, these four major pain points are all inter-connected. There isn’t a single magic pill that will fix the woes, but a steady re-think (GAP analysis), plan, implementation, test, evaluation and repeat process would.

Growth was being hampered by issues with the infrastructure, global FX fluctuations (they were a global company), operational factors and bad data.

The economics of the company were being effected the aforementioned FX fluctuations, which was causing losses based on the needs to shift money to the national entity actually providing the service. In addition, this was hampering growth, since certain previously profitable markets had fallen off.

Operationally, they had so many issues, one couldn’t begin to know where to start. From poor management and loss of staffing to systems, procedures and culture causing not only bad data, but bad performance (both accounting, financial and customer service) further deteriorating their brand.

Lastly, there was a feeling that the data being captured was not even close to pristine, much of it due to lack of controls and process. So the old adage garbage in is garbage out was clearly in the cross-hairs.

Quite a challenge for anyone to solve the myriad of problems. Quite exciting to be part of the solution, I had hoped.

I didn’t’ get the gig. Not because someone else had better qualifications or made a better pitch (either from an economic or marketing standpoint), but because someone at the national/subsidiary level felt that hiring two individuals experienced in Financial Planning and Analysis (FP&A) would be better.

We have now entered the twilight zone, where square pegs and round holes somehow morph into a single objects.

FP&A individuals are two or three levels down on the accounting/finance job hierarchy. Those who are involved in this side of accounting/finance are highly trained, but are not trained and probably don’t have the work experience to fix the woes that I have described.

[The following paragraph is a generalization, because there is always exceptions and exceptional people.]

FP&A people aren’t involved in operational matters or strategy. They for the most part are not supervisors or managers. They see from their unique position only one segment of the accounting/finance pie at their companies, whereas the Controller and most definitely the CFO has the larger more complete picture. I can continue with differences between the CFO and Controller compared and contrasted to the FP&A person, but clearly an FP&A person is not the right choice for this client, at this time, with their myriad of complex issues.

Protestations about this strategic misstep fell on deaf ears. Sure I was trying to salvage the deal, or at the very least hire another CFO, but in any event they were making a major error here!

What will happen next, at least from my perspective, is that they will expend a lot of money. They probably will get some good reports based on the faulty data, and end up not solving any of their issues.

Time is money, and when your house is dysfunctional it adds to cash burn which eats into working capital and hampers the going concern. I hope someone realizes the mistake sooner than later.

What is the lesson learned from this scenario?

Analyze your problem(s). Prioritize those issues. Determine the skill sets/solutions necessary to fix those issues and hire/purchase the correct people/solutions to implement and fix the problems.

Going cheap or doing a quick fix, especially when you know that is not the answer, is foolish in the long run.

What do you think?