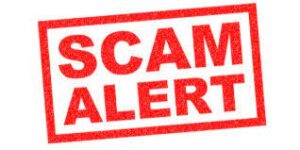 I was approached years ago by several companies that wanted me to appear on their TV show.

Boy they painted a great picture of the demographics of the audience, and the benefits of appearing.  It was really interesting until the gotcha,  it will only cost me $5,000, $10,000 or some other amount.

Excuse me?  Guests on TV programs either receive an honorarium or not, but in any event get their expenses covered.  Why would I pay?

Fast forward to these days.  I just got an invitation to apply for a “coveted” award to be given either in Las Vegas or Dubai.  As it was explained, before I pulled the plug, a three-part application process.

The first part had no financial consideration tied to it, but I’m sure I’d pass that hurdle.  Did I forget it was an Internet conference.  I don’t do much in the arena any more, but I know I’d advance to the second round.  They have three awards I’d be eligible for, Outstanding Leader, Visionary and Outstanding Organization.

Then the 2nd round shoe dropped.  There would be a financial obligation.  They lost me right there and I ended the conversation.

Did I mention that their office was a virtual office address?

I’ve used this as the title for another blog entry, but it is also germane here.  caveat emptor!