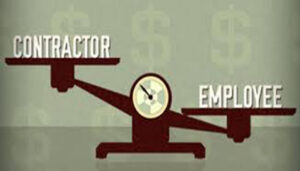 Another classification issue that received a great deal of attention in 2015 is the distinction between employee and independent contractors. This  will continue to be a thorn in the side of employers. In 2015, the Department of Labor (DOL) issued guidance on the determination of whether a worker is an employee or an independent contractor. Specifically the report analyzed the FLSA’s definition of ’employ’ and the application of the ‘economic realities’ test, used by federal district courts. The DOL’s guidance is important as the mss-classification of independent contractors has significant financial implications.

The FLSA defines ’employ’ as ‘to suffer or permit to work.’ The economic realities test focuses on six factors. They determine if the worker is economically dependent on the employer.   Or is the worker actually in business for him or herself.

The DOL has emphasized that all six factors must be considered. No single factor is dispositive of a worker’s employee status. Interestingly, the sixth factor, the ‘degree of control’ is the common law test. Nevertheless, the DOL has advised that it should not be given ‘undue weight.’

Employers must be aware of all six factors.  They must be cognizant that despite a written agreement. Regardless of label or title given they to the individual. The working relationship must satisfy the economic realities test. Best-practices mandate that the employer reevaluate their independent contractor relationships for continuing compliance. Finally, employers must know that employee status under the FLSA is broadly construed in favor of the worker being considered an employee. “