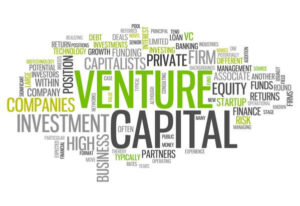 The Venture Capital/Private Equity market space from all accounts seems to be slowing down, with no one predicting a great 2016. Pundits abound as to the reasons behind this phenomenon, from over valuation to lack of deals.

Venture capital funding overall has risen so far this year. Through the first nine months of 2015, $57.9 billion has already been invested, more than the $56.5 billion raised in all of 2014. But the weakness in the IPO market is likely to catch up to the private market when investors can’t depend on public markets to provide a profitable exit.

Already, while VC funding is up from last year, deal activity has fallen off in 2015. Only 3,355 deals have been reached through the third quarter of 2015, down from the 4,943 reached all of last year, according to a report from CB Insights and KPMG. If deal activity continues at this pace, the 2015 total will fall short of last year’s.

Don’t Be Fooled by Ferrari: The IPO Market Is Spinning Its Wheels By Millie Dent; October 22, 2015; The Fiscal Times
http://www.thefiscaltimes.com/2015/10/22/Don-t-Be-Fooled-Ferrari-IPO-Market-Spinning-Its-Wheels

However, how can there be a lack of deals? There are a zillion companies out there all looking for some type of funding. The PE/VC industry even have their own prime-time television show (Shark Tank’) in which to wet the appetite of those young start-ups.

Granted, not every business would be a candidate for investment, nor would every idea for a new business work. If you watch Shark Tank how many of those deals would you invest in. Did the Sharks overpay or miss opportunities. Were all the business-people realistic with what they products could and could not achieve. Did they value their companies correctly?

Notwithstanding, from the episodes I have seen, there did not seem to be a unicorn present. Granted, this is TV, and it is a reality/game show hybrid, but it does underscore the breadth of possibilities available.

Let us not forget there is also a large distressed market. The distressed market is becoming more popular as the sum of the parts can be greater than the whole. A perfect example is in aviation, where companies are buying up aircraft and selling them on the parts market, and making positive returns on their investment.

Venture capital fundraising appears to be suffering from the slow IPO market for technology offerings and the over-capitalization of unicorn investing. This has been particular evident lately, as U.S. fundraising activity in the fourth quarter through November has slumped to the …’

The Year in Review seems to have hit the nail on its proverbial head. Unicorn investing. Here lies the crux of all our business ills – expectations that cannot be sustained.

What happened to the cliche from the classic Aesop’s fable, the Tortoise and the Hare? After that, Hare always reminded himself, “Don’t brag about your lightning pace, for Slow and Steady won the race!”‘ Why does every transaction have to be about the unicorns and massive returns?

There are unlimited number of companies in just the United States where investment could pay off. Granted, not like a unicorn, but then again, they could be at average or better. The average investor realizes returns of about 3.7 percent” so says a Bloomberg article Average Returns, Rarer Than You Think By Barry Ritholtz APR 9, 2015 http://www.bloombergview.com/articles/2015-04-09/average-market-returns-are-rarer-than-you-think Ritholtz goes on to say This under-performance occurs regardless of the investment vehicle, whether it’s mutual funds, hedge funds or just plain old stocks. The reason investors tend to under-perform is that they chase alpha (above-market returns) and fail, rather than aim for beta (market-matching returns) and succeed.’

So why do PE and VC capitalists risk so much on companies that have just as much chance as failing and only a 1% chance of becoming that unicorn. In fact, CBInsights.com claims that a start-up has a 1.28% of developing a billion dollar valuation https://www.cbinsights.com/blog/unicorn-conversion-rate/. It has been postulated that 90% of all start-ups fail to get Round A’ financing.

Maybe the cure to the downturn in VC/PE deals is to lower their sights, look for reasonable returns and help move the greater economy along. Every successful company pays taxes along with their employees who in turn spend their earnings on goods and services as well as investing themselves in vehicles that provide the working capital for more investing.

Some food for thought as we close our books on 2015.