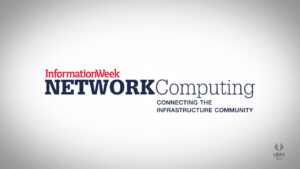 I wrote this article for Network Computing about a decade ago. I don’t think the premise or conclusions have changed much; but that in itself is a chilling and telling fact.

In a recent article,Study: Linux ‘Most Breached’ OS Matt MacKenzie reported that a new study shows that Linux is the most hackable of all OSes.

The study, by a firm called mi2g, found that MAC OS and BSD OS are the tightest, in terms of hackability. The fact that they lumped MAC OS and BSD OS together is not surprising. They are the same! MAC OS (specifically MAC X) is based on BSD OS. Surprise!

But, what is shocking, is that Windows, the bastion of bad code and patches is more secure than Linux. That I just can’t believe. I won’t, I won’t I won’t. Who is mi2g anyway? (See,Experts Challenge Mi2g Security Study.)

So upset was I, that I went to the bar to find solace in a glass of Merlot. Not quite as Hemingway-esque as, say, a scotch, but you get the idea. While at the bar, I started talking with another semi-regular. It seems he’s an IT person for a major New York City daily newspaper. I mentioned this finding and he offered his thoughts on possible reasons why. From his standpoint, anything that is made to “work out of the box” is fraught with the possibility of error. Linux, as is Windows, is geared for “out of the box” operation.

With “out of the box”, the average Joe or Jane can just load and play, thus not requiring any thought or additional knowledge about securing the system from hackers. My take, which is not so different, is this: We’ve been told in the press for years how “secure” Unix/Linux is against viruses and worms. We’ve begin to hear in our little brains the word “hackers” as well. Because isn’t a virus and a worm just another form of hacking? Or that’s how our little grey cells have begun to think.

So based on this false premise, we feel that we don’t need to lock down our Unix or Linux boxes. But Linux is packaged more along the lines of my friend from the bar, then most Unixes. So, moving our premise along, we buy Linux, and set it up. Its immune from viruses and worms, hence hacking and we don’t bother to turn off services we don’t need or use. We just plug it in and viola ” instant desktop or server.

Now our hack-free system is in place. Everything works wonderfully and off to the wonderful world of computing we go. But danger and evil lurks.

So, is Linux truly that hackable?

The study didn’t say at what level the systems were locked down, but one could draw infer that a large number of small businesses lack the time, money and expertise to lock down their computers.

So, is Linux more hackable? Probably not. Does it get hacked more. Probably yes. Can we change that fact, yes, but it will require education.