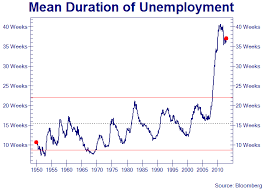 …or the manifesto of working in today’s environment

You’ve heard the old story, there are lies, dam lies and then statistics, and 92.35% of them are made up just to support the theory being proposed.

That being said, for those who are counted in the 6.2% unemployed and the many many uncounted and under-appreciated group who are not part of that 6.2% figure, getting a job is going from the difficult to the sublime.

In my blog entitled Even in times of oversupply, paying a realistic wage makes good business sense. I discussed the issue surrounding low paying wages and the effect these cost-saving measures will ultimately have on businesses. Let’s just say penny-wise, dollar foolish.

In my blog Do you really want to exclude quality candidates from C-Level jobs just because they weren’t in your sub-niche?’ I talked about leaving quality people on the table by setting artificial job specifications that are really contrary to effectively increasing talent pool diversity and the ability to innovate by inculcating one against new ideas and keeping the status quo.

So what else is wrong with America today, which will come to haunt us in years to come?

The right-hand letter craze is insane. Sure, you’ve seen it, but never actually thought about it with just those terms. Here’s an example: J Jones, BS, MBA, JD, CPA, ACH-V, PMP, CFA, CSC, RHU, REBC, CIMC, CIMA, CGMA. The letters come from a sampling of my connections. There are lots more letters and quite frankly I have no idea what some of these acronyms are!

So what are the letters (acronyms)? Individuals who have passed myriad of different tests and earn’ (I say earn’, because some of the tests are extremely difficult and as such, they are earned in the sense that you had to study and know the material on the test to pass; while other tests are less stringent and earning’ is more proforma) the letters for licenses or certification. While one have worked hard’ and obtained those letters, they in themselves do not mean that the possessor a) knows (or still knows) the material, b) the material learned is current, c) the individual kept up with the all the changes to the subject area, not just a sub-set, d) can apply the material in diverse settings and e) the interpreter of those letters (the hiring manager) may not truly understand what they really mean (legally or practically).

Assumptions made by hiring managers or developers of job specifications can be self-defeating. Here’s a common misconception: that all CPA’s do tax work and that they all are tax accountants. Not true. While they all took that one (1) required tax course in college and passed the section that tests knowledge in: Federal tax procedures and accounting issues 4. Federal taxation of property transactions 5. Federal taxation-individuals 6. Federal taxation-entities. It doesn’t make them tax experts and one should assume all CPA’s are. Conversely, one should not assume all Lawyers do criminal work or real estate or all Doctors are experts in all areas of medicine.

Work experience is a better barometer of possibly future outcome, it is by no means a bell weather test. So, the CPA whose resume shows they do taxes or the Lawyer that practices criminal law gives you a better chance that you are hiring someone who knows that area of their profession. However, one just never knows, and understandably we all like to hedge our bets, and hiring a person is a bet.

But you can only do hedging when you understand the entire playing field, not just require specific groups of letters to the right of a candidate’s name.

Two stories to make you shake your head in wonderment

One should always keep their options open, so I was talking to someone about a job. It seemed extremely interesting and a business line where I am a customer. The company was located in the San Diego area, revenues were approximately $70 million, had 18 retail stores and a manufacturing division that made some of the items sold in the stores. The short-term plan was to open another four (4) stores.

To anyone who’s ever had to move a company or open a new venue, no matter how many times you do it (even if it’s in a production line), the process is time-consuming, extremely expensive and fraught with over-runs and the possibility for bad decisions. I would think if I were the hiring manager that I would want to hire the best’ and offer a salary range that would entice the best’. The company was hiring a Controller, but this person was in reality going to be the CFO (they had none). Corporate title notwithstanding, and if you know the cost of living for San Diego, the salary range of Controllers/CFO’s in that range of the country for a company of its size and industry; roll into the equation of the work and expertise needed to accomplish the major goals stated, you’ll come up with the proper salary range.

Would you believe they wanted to pay just 40%-50% of what the position warranted for compensation!? What would you have done? What type of person do you think would have taken this job and ultimately (unless they were very very lucky) what would the outcome to their plans been?

Another company reached out to me. They too were in a business that I had experience in (truthfully, when you’ve done management consulting for a long time, there aren’t many industries you don’t have some experience with, sectors yes, industries no, but I digress’). But in this case I had a lot of experience in the business sector that the company was in. High on their list of both requirements for the job and goals for the company was going public, engaging in an IPO.

In itself, there is nothing wrong with reaching for the stars, but you need to do your research (think letters after one’s name) and know what steps need to be done and the costs involved in going from here to there. To prepare for an IPO and sell shares on an exchange costs at a minimum around $1 million, with the range costing 3% – 7% of the gross proceeds.

So, here’s the funny part, and whether it was just a silly remark by the company president or really the truth, but they didn’t want to spend the money for me to fly in to discuss the assignment face to face.

An additional $3,000 cost for possibly hiring the right person for the job when you are going to spend at least $1M to go through one-half the process (remember there is the cost of the IPO and then the reoccurring costs of staying public, which I haven’t even talked about). Again, penny wise, dollar foolish!

They should have read this pamphlet by PWC: Considering an IPO?’ which gives an excellent overview of the costs of not only going public, but staying public.

This country seems to be stuck in a double-helix. Whether it is a result of the economy or Wall Street, or business just chasing their own tails, we are headed for a precipice we may not be able to survive. Okay, the double-helix analogy just failed here, but the logic business is pursuing has no beginning and no end, except a general failure (again).

Wall Street is all about the Quarterly results and double-digit growth. That is what drives the analysts, and ultimately the decision making at the corporate level. If you don’t meet the street’s expectation, then not only does the share price suffer, but your job is on the line.

This mania causes all sorts of issues, from the extreme, Enron comes to mind; to the subtle, many of the issues I’ve talked about in this blog. Yes, we always need to keep a closer eye on the short-term, but the short-term must be part of a mid-term and long-term plan and I am just not seeing a plan for survivability.

Not paying market wages and thinking that in the short-term you’ll succeed is myopic. Thinking that it is a plan for success in the mid-term or longer is just crazy. Selecting candidates for jobs based on certifications that in themselves only prove a mastery of the knowledge contained in the test with no qualitative gauge of applicability is short-sighted. Assuming that certification means one is an expert in every conceivable area that the certification was granted is just plain silly. Heap on to the shoulders of these errors in judgment that men and women; by no-fault or even fault of themselves have been out of work for an extended period of time; shouldn’t be hired solely because you believe they may be off their game; and you have unemployment figures that belie the real picture.

I think the answer is yes. What do you think and what needs to be done?