Is it all encompassing? 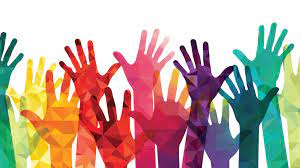 I have noted with increased frequency the use of these buzz words; Culture, Diversity, and Inclusion; populating both the media and individual writings found on social media.

Culture, Diversity, and Inclusion appear in poll after poll, article after article. These words claim the terms as used are the reasoning behind the “Great Resignation” and/or the ills befalling the workforce. But reading past the headlines and opening paragraphs and you’ll find poor adherence to the concepts of Culture, Diversity, and Inclusion. The writers use one-sided self-centered arguments thereby abusing the concepts by not applying them fairly and evenly.

In other words, what’s good for the goose should be good for the gander[i]; but it isn’t. The reasons for the “Great Resignation” or issues within and without our workforces have nothing to do with Culture or Diversity or Inclusion, it has to do with self-entitlement, and/or red herrings.

Not to say that we don’t need to work on company culture, and further increase the diversity of our workforce by broadening the inclusion of all people, but the key words is all people, not some people.

“It’s amazing how many companies say they are interested in diversity and inclusion, yet when I speak with their executive teams I find they are composed of old white men.

Nothing against old white guys, but come on!

You can’t have diversity and inclusion if everyone looks the same, believes in the same things, acts the same way, and comes from the same place.

Diversity is about the mix of people, and inclusion is about making sure they all feel like they belong.”

To which I responded,

“So a group of old white men must be the same; same background, same thoughts, same everything.

So, one of those old white guys could be gay or part of another group that is subject to discrimination such as disabled or religion.

How so NOT Diverse & Inclusive…. can you be….

Just as the WFH group couldn’t care less about those who must work in company provided space…. Only looking at 1/2 a glass…”

“Sorry my friend you can not SEE diversity. If you think you can SEE it you are probably discriminatory and assuming you can prejudge about someone from how they look to you. And you can not infer non-inclusion simply from the membership of a group you SEE without understanding the Groucho Marx quote ” I would never want to be in a club that would have me” Please help me to help people to understand the damage from this fashionable but faulty thinking.”

As the conversation outlined previously showed, let’s call out non-conformity based on a single attribute and base our entire theory on said data point. I alluded to the fact that the Work from Home (WFH) proponents demand that it is their right regardless of whether other employees must work in dedicated work facilities.

What does this say about [our] Culture?

Isn’t Diversity and Inclusion about just that, broadening groups and making sure everyone has a chance? But if you claim an inalienable right such as Thomas Jefferson did for “all men” as he wrote “…unalienable Rights, that among these are Life, Liberty, and the pursuit of Happiness.”  In 1776, the term “all men” may not have been as inclusive a term as it would be today, but the concept endures, and today it means all people, period. You can’t create new “rights” groups that don’t include everyone.

The uproar that erupted when Elon Musk told his workforce they had to go back to their assigned office was deafening. But the men and women who manufacture the cars for Telsa had been there, day in and day out, for the last two or so years. They incurred lost travel time and transportation costs.

The WFH component of Tesla’s workforce had not. They woke up, went to their home office and began the day. Even if they feel they were more productive, the fact is clear, they enjoyed a better work-life balance and a de facto pay increase.

Again, I ask, “What does this say about [our] Culture?”

Have we moved so far away from the 1960’s concept of equality? Many will remember or may have heard the Barry Mann and Cynthia Weil hit song “Shades of Gray” written for the Monkees in 1967. This stanza summed up what the song was about:

The verse was meant to be about inclusion. But today’s generation has changed; their definition of Inclusion limited to how it affects themselves.

Are we becoming an era of completely self-serving individuals? Is the era of “let’s join the Peace Corps and help the world” become, “let’s stamp our feet like children because we’re entitled to do so?”

A rethink is needed

Here in America (and across the globe) a multitude of issues are starting to collide. Issues that cross-pollinate from economics to business to public health to politics to lifestyles to cost of living to… well you get the point.

The world is an interconnected place. What happens within our country’s borders and to some, lesser, or greater extent the global community affects us.

It is time we rethink what we want our business (in the US) landscape to be. We need to bring a dose of reality into the marketplace. As the “Great Resignation” continues, we’ve seen these last few weeks ripples in the marketplace. Multiple tech base companies (and others) have gone bankrupt or have had major setbacks. Massive layoffs have ensued. Are they related to the recessionary talk? I think it’s too soon to tell, but it is related to business trends and hyperbole.

A perfect example is Crypto and NFT’s. In the past weeks they have lost most of their market value. Companies in that space have had layoffs and some stopped trading.

The concept of “if you say it long enough and hard enough no matter how absurd the logic is, it must be true” needs to stop.

If you’re going to push Culture, Diversity, and Inclusion it needs to meet everyone’s needs and be implemented in an “entire world” point of view, not single points of light or failures.